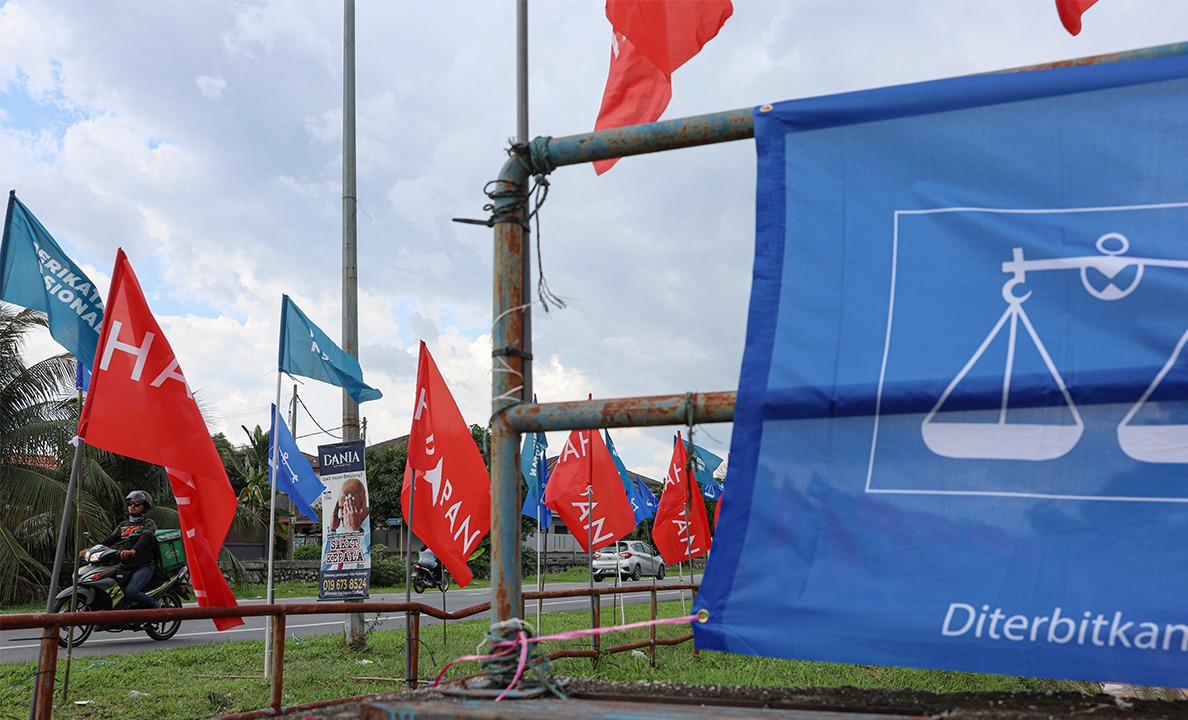 KUALA LUMPUR, (Bernama) – More Malaysians in and outside the country can now vote in elections, thanks to the constitutional amendment lowering the voting age and automatically registering eligible Malaysians as voters, but institutional barriers remain that prevent many from voting.

The changes took effect in December last year and some 6.2 million new voters have been added to the electoral rolls, increasing the size of the electorate to over 21 million for the 15th general election (GE15).

Despite some excitement over the polls, based on social media posts, election experts and activists do not expect everyone to cast their vote and it will not all be due to voter apathy. Some voters inside and outside Malaysia will find it difficult to vote as long as the voting mechanism does not change.

“In terms of access to voting, certainly we are saying EC (Election Commission of Malaysia) can do a lot, a lot better so that people don’t find a lot of barriers to come out to vote,” said Thomas Fann, chairman of Bersih 2.0.

Some of the obstacles overseas voters face include the time factor and an archaic postal voting system. As it is, it is unlikely that more than 10 percent of the 1.86 million Malaysians living overseas will be voting in this election despite the total enfranchisement of overseas Malaysian voters.

Malaysians at home do not necessarily have it easier either. Being within the country’s borders means they will have to travel to their constituency to vote and if they cannot get home, they have few other options to vote.

As such, activists say the electoral system needs to improve postal voting and implement some changes to make it easier for people to cast their ballots and be counted.

POSTAL VOTING IN THE 21ST CENTURY

Previously, overseas Malaysians residing in areas in neighbouring countries that share a border with Malaysia such as Singapore and who have not spent 30 days in their homeland in the past five years were not allowed to vote by post. Voting rights have since improved but voting methods have not.

Global Bersih secretary-general Nirmala Devi Windgaetter told Bernama although registering for postal voting has become easier with online registration, the actual voting process remains problematic, especially when the campaign period, which is when they are supposed to cast their vote, for GE15 is only 14 days.

“EC also has to work as fast and effectively as the system. It’s not enough to have a system that works, it needs to have the implementation so that the system works effectively,” she said.

Postal voting for overseas voters means waiting for the EC to print out ballots after nomination day, which was Nov 5, for their ballots to arrive by mail to their address. Depending on where they live, the mail can take over a week to arrive.

Once it arrives, they have to fill out the form and choose their candidates. Then they have to ask a witness, who must be a Malaysian aged 18 years and above, to fill out a form saying the postal voter is who they say they are.

After that, voters have to find a way to deliver their postal vote to the Returning Officer (RO) at their home constituency by 5:30 pm on Election Day, which is Nov 19 for GE15. Overseas voters are not notified whether their vote has arrived on time.

“For overseas Malaysians, we are kind of in a position where we are stuck because we have to depend on this method, this out-of-country voting method,” said Nirmala, who lives in Germany.

As such, she and other experts said the EC should use current technology for postal voting, such as allowing voters to download and print out their ballot and the return envelope with the name of the RO from their EC account. Voters should also be able to track their ballot.

Other suggestions to improve overseas voting include increasing the voting period to ensure the postal votes will arrive on time and using embassies and consulates as polling places for overseas Malaysians.

“Our ambassador, our high commissioner can be the RO,” he suggested.

University of Tasmania Professor of Asian Studies James Chin went a step further, suggesting that embassies and consulates set up electronic voting terminals through which Malaysians can vote.

However, he did not think the government would implement such facilities even though this method is largely secure with safeguards to ensure accurate vote counts. Results can also be audited.

“Malaysians are peculiar. They don’t trust e-voting,” he said.

Many voting rights activists also want postal voting to be made available to Malaysians within the country, such as those living far away from their home constituency.

Some states like Kelantan and Terengganu have fewer residents than voters, which means some of those registered to vote in these states actually live elsewhere, most likely in urban centres like Kuala Lumpur, according to a data analysis done by Twitter user @Thevesh.

Analysis of voters vs residents in Kelantan and Terengganu. Source: Twitter @Thevesh

For GE15, these people will have to travel home to vote. Some may not be able to make it due to travel costs and the monsoon season.

Currently, only essential personnel such as members of the media, police, armed forces and electrical technicians can vote by post domestically. Activists, political leaders and the public have called on the EC to allow Malaysians within the country but staying outside their home state to vote by post.

Manimaran, who was a member of the 2018 Electoral Reform Committee set up to study ways to revamp the electoral system, told Bernama the committee had suggested expanding these voters’ voting ability.

“(Such as) improving postal votes. Enhance the facility for people to vote by whatever means. For example, we expand the postal vote … to people working as (flight crew), private hospitals, they all need to be given the postal vote facility,” he said.

He added the EC should therefore continue updating and upgrading their systems to ensure voters would be able to vote and have their votes counted as a general election is held only “once every five years”.

Other groups of activists suggest offering the postal voting facility to hospitalised people, the disabled and the infirm and those in jail serving light sentences.

Internationally, many countries are expanding the use of mail-in ballots or postal votes due to COVID-19. Some states in the United States use postal voting as their primary way to vote.

Political scientists and election security experts regard mail-in voting as one of the most secure ways to vote as the system has a paper trail and multiple layers of defence to prevent fraud. And even if any mail-in ballot is tampered with, it is unlikely to happen in large enough numbers to overturn the results of an election.

Fann, however, disagreed that postal voting should be allowed for Malaysians within the country, fearing that domestic mail-in voters would be susceptible to bribery or ballot harvesting.

“We would not support that. Postal voting in Malaysia should only apply to those living overseas,” he said.

Instead, he would prefer Malaysians who are unable to return home to vote, primarily those from Sabah and Sarawak working in Peninsular Malaysia, to be allowed to cast their votes early. At present, only police and members of the armed forces and their spouses are eligible for early voting.

An estimated half a million Malaysians from Sabah and Sarawak work in Peninsular Malaysia. Under current laws, they are required to fly home to Sabah and Sarawak, which can be very expensive, to cast their vote in their home constituency.

Manimaran agreed that advance voting would help solve their problems with voting. However, he maintained that easing the voting process for all was better than giving only a select few groups access to postal or early voting.

“We need to expand whatever facility – as in postal voting or early voting – we need to expand because we need to increase the percentage of voter turnout,” he said, adding that it would help increase people’s faith in the EC and the electoral system.