Some of the National Contingent athletes waved before leaving for Tokyo at the National Contingent's Flag-Off to the 2020 Tokyo Olympic Games at the Kuala Lumpur International Airport (KLIA) tonight. The Flag-Off was officiated by Prime Minister Tan Sri Muhyiddin Yassin. The National Contingent departing tonight is from badminton, gymnastics, aquatics and archery events. The sporting event will start from July 23 and will end on August 8. --fotoBERNAMA (2021) COPYRIGHTS RESERVED
22/07/2021 09:52 AM

TOKYO, July 22  -- With the 2020 Tokyo Olympics finally upon us after almost a year-long delay due to the COVID-19 pandemic, the time has come for our 30 athletes to stand up and be counted.

After more than four years of sweat, tears and sacrifices, the 30 of them will go up against arguably the world’s best in their respective events in their quest to meet the three-medal target, including a first-ever gold, set by Youth and Sports Minister Datuk Seri Reezal Merican Naina Merican. 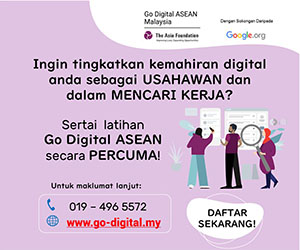 Once the grand opening ceremony - which will be held on Friday (July 23) - is done and dusted, the world’s elite will try to outdo one another by going higher, faster and stronger.

Except this time, they will be doing it in the spirit of togetherness, for the world could do with some joy and inspiration amidst the doom and gloom of the pandemic.

This, being the world’s biggest multi-sports Games, means every top athlete from every nook and cranny around the world will gear up for battle as they set their sights on one goal - the gold!

And so will our 30 national athletes. After all, no Malaysian athlete has ever had the honour of having the coveted gold medal placed around his or her neck since the Games began in 1896 in Athens, Greece and since Malaysia began competing in 1956 in Melbourne (as Malaya then).

Will it be any different this time? Will any of the 30 who are in Tokyo be able to end this long wait?

One thing is clear: it’s not easy to get the Olympic gold medal, but then again it’s not impossible either. As long as our athletes are willing to go toe-to-toe with the best of the best with the right mindset, there is always a chance.

But (no disrespect to our other athletes), realistically, our best hope for a gold medal rests on these three sports - cycling, diving and badminton.

In cycling, all eyes will be on 2016 Rio Olympic bronze medallist Datuk Mohd Azizulhasni Awang to deliver the gold medal coveted by all Malaysians and, believe it or not, he’s relishing the challenge of doing just that.

“I take this (the challenge) positively… it’s my responsibility for my country. Instead of hiding behind excuses, as a professional athlete, I am ready to step forward and embrace the challenge,” said the man nicknamed The Pocket Rocketman.

Azizulhasni, who will compete in the keirin and sprint events at the Tokyo Olympics, is someone who walks the talk. He did, after all, win the UCI Track Cycling World Championship in 2017 in Hong Kong at the fourth time of asking, having had to settle for the silver in 2010 and bronze in 2015 and 2016.

National men’s singles shuttler Lee Zii Jia is another athlete all Malaysians will be placing their hopes on. He has proven his credentials when he tamed two of the giants of the game - world number one Kento Momota and defending champion Viktor Axelsen - en route to winning the All England title in March.

Keep your eyes on national diving queen Pandelela, as well. With her confidence buoyed after becoming the first Malaysian diver to win gold at the Diving World Cup in the women’s 10-metre (m) platform individual final at the Tokyo Aquatic Centre in May, she will surely start as one of the red-hot favourites to make a splash at the Olympics.

The 28-year-old Pandelela emerged as the first-ever Malaysian diver to win an Olympic medal when she bagged bronze at the 2012 London Games. Then, in the 2016 edition in Rio de Janeiro, Brazil, she won silver in the 10m synchronised platform with Cheong Jun Hoong.

While all attention may be focused on the trio, let’s not forget that the Malaysian contingent this time has several other athletes capable of springing a surprise with a medal or two as well.

Jun Hoong, who had previously struggled with injuries, is also capable of making her mark at the Games when she competes in the women’s 10m platform individual. Don’t forget, she is the only Malaysian diver to have ended China’s world domination when she emerged champion at the 2017 World Championships.

The capability of young track cyclist Muhammad Shah Firdaus Sahrom, who will also be competing in the keirin and sprint events, should not be discounted either.

This rising star certainly has what it takes to deliver a surprise gold in Tokyo judging by his performance in several tournaments, including defeating Azizulhasni for the keirin gold at the Australian Track National Championships earlier this year.

National archer Khairul Anuar Mohamed could also steal the show based on his status as runner-up of the 2019 World Championships.

With the world still battling the COVID-19 pandemic, the Olympic Games this time will be held under a new norm and strict standard operating procedures from July 23 to Aug 8.

With the presence of over 10,000 athletes, officials and media personnel from more than 200 countries, the organisers have enforced various procedures to curb the spread of the virus, among them being compulsory swab tests for every athlete involved, not allowing spectators into the venues as well as limiting the movement of those involved in the Games.

All these regulations are meant to ensure the Tokyo Olympics can be held safely as, so far, more than 70 athletes at the Games have tested positive for COVID-19.

Despite the uncertainties due to the challenges and the new norm, one thing all Malaysians can be certain of is that our athletes will do all they can to bring glory to the country and achieve what every Malaysian dreams of - an Olympic gold!

So, let the Games begin - and bring home the gold!