KOTA KINABALU, Jan 24 (Bernama) -- Parti Warisan (Warisan) president Datuk Seri Mohd Shafie Apdal hopes that work to upgrade the infrastructure and increase the capability of the Customs, Immigration, Quarantine and Security Complex (CIQS) at the Sarawak and Sabah borders can be expedited.

This is following Prime Minister Datuk Seri Anwar Ibrahim, who is also the Finance Minister, announcement on the approval of the allocation of RM1 billion for the commencement of the upgrading work after chairing the Malaysia Agreement 1963 (MA63) Implementation Action Council meeting in Kuching on Friday (Jan 20),

Mohd Shafie said the upgrading was to enable ties between Malaysia and Indonesia to be further improved from the social aspect besides further facilitating the entry of labour from the neighbouring country for the plantation sector, especially in Sabah. 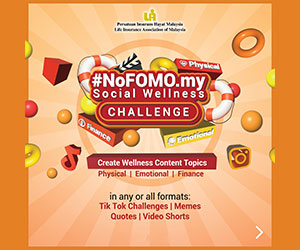 Commenting on the status of Sabah and Sarawak as regions, Mohd Shafie said that the gazetting needed to be carried out because it is an identity that will be the difference between the two states and other states in the peninsula.

He said distinguishing the identities is vital because Sabah and Sarawak had certain powers that are very different from other states, such as immigration jurisdiction and certain rights in MA63.

“Such matters are not stipulated in other states from Perlis to Johor. So, we need a legal basis… the constitution should not be disputed,” he said.

On Jan 13, Deputy Prime Minister Datuk Seri Dr Ahmad Zahid Hamidi, who is also UMNO president, was reported to have said in his speech at the 2022 UMNO General Assembly that Sabah and Sarawak had been accorded the status of region and are no longer regarded as states within Malaysia.

Flood victims edging up in Sabah, decrease in Pahang and Johor

Hockey: National Juniors win five out of six friendlies down under